Seeing yourself as (while) others see you....

It’s always slightly odd to hear yourself on an audio recording; your voice doesn’t sound quite as you expect. Watching yourself on video is even worse. Last Wednesday, I had the even more distinctly odd experience of watching a professional actor portray me on stage, voicing my own words.

I was at a performance of “The Invisible Condition” by the Last Word Theatre at the Bread and Roses theatre in Camden. It’s a documentary theatre piece about the conditions in NHS mental health care and the obstacles facing those of us with mental health problems and seeking help. The script – by the director, Stephen Bailey – is derived verbatim from interviews with service users, professionals, researchers and journalists. And in that capacity, both I and Professor Sir Simon Wessely, President of the Royal College of Psychiatrists were interviewed. And therefore appeared on stage.

It’s a very odd experience to hear yourself on radio or to see yourself on TV. It’s weirder still to witness your words voiced on stage. And, for me, very strange indeed to hear and see myself speaking and acting in the person of a flame-haired female actor. 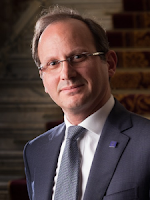 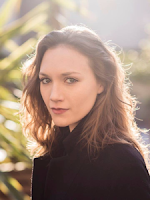 In my judgment, the play is excellent. Not, perhaps, easy viewing, and certainly not a light-hearted evening’s comedy. The play features relatively little of my tedious dialogue, as it relies primarily on the testimony of people who have struggled to access mental health services and have struggled to reconcile the services on offer with their needs. It also uses the experiences of mental health nurses; caught in the middle of professionals with contrasting views, people in dire need of help, inadequate services and increasing demands.

Stephen Bailey, the director, has woven together a number of different voices, recorded separately, to give a narrative which – in my opinion – tells a powerful story about confusion and political neglect. It speaks to the dilemmas that many of us struggle with every day; the issues of access to services, our reliance on diagnosis and on medication (and the inadequacies of these approaches), the effects of seeing our struggles with our mental health as merely the symptoms of illness and the consequent reliance on ‘treatment’, and on the impact of the living out of these controversies on the day-to-day work of mental health staff, principally nurses. I was impressed as to how the different voices (mine, which I recognised, and Simon’s, which I could also clearly hear) were re-structured to tell a convincing and, in my opinion, true story.

There’s an obligation on artists; script-writers and directors, on journalists and film-makers. The un-edited streams of consciousness of those millions of us involved in mental health care, from all perspectives, cannot tell much except chaos without editing. And that process of editing can tell falsehoods or truths. Even verbatim theatre (where the material is the words of the contributors, as originally spoken) relies on editing, as material is selected and organised in sequence to tell a story. We, the audience, rely on the artists to tell an honest story through that process.

I would encourage colleagues and friends to go and catch “The Invisible Condition”. It’s in matinee at Camden’s Etcetera Theatre (http://www.etceteratheatre.com/?id=2&wod=08/09/2017) from 9th August.

In all truth, I was able to anticipate the ending. But I still ended up in tears. And, given the context of my involvement in the show, that was remarkable. 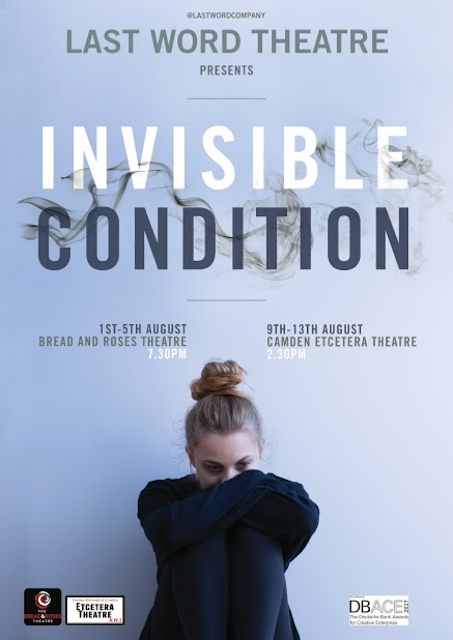