This was first published as a 'Presidential blog' on the British Psychological Society website on Wednesday 11th May, 2016 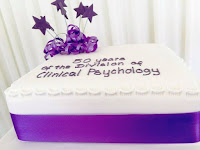 It’s been a busy week. I’ve attended meetings of the BPS Research Board, Education and Public Engagement Board, and had to give my apologies to the Membership and Standards Board (due to an unavoidable clash).
As well as other meetings with interesting colleagues, I’ve also chaired an All-Party Parliamentary Group on Prescription Drug Dependence and a celebration on the terrace of the House of Commons, celebrating the birthday of clinical psychology in the UK, because it was 50 years ago that the British Psychological Society was awarded its Royal Charter, and the profession of clinical psychology became an established part of British civic society. I’ve previously written about the charitable objects of the British Psychological Society (“to promote the advancement and diffusion of a knowledge of psychology pure and applied”).
And we were celebrating, in part, the fact that psychologists are also at the heart of the Government’s mental health strategy – we helped design and are spearheading the Improving Access to Psychological Therapies programme, and were key partners in the Mental Health Task Force. We’re part of the NHS Transformation Agenda, brining our skills in multi-professional, co-produced formulation to the heart of the skill set in mental health care.
We’re pioneers in working across health and social care – those of you who know my work will know that this is a passion of mine. And, as experts in the science of human behaviour, we’re leading on the drive to ensure that the NHS has the data it needs to deliver care. We look forward to supporting our colleagues in Government and Parliament as they work to make ‘parity of esteem’ a reality… and holding them to account!
The ‘embededness’ of psychology in public life was reflected not only in the business of our Education and Public Engagement Board (discussing our engagement with, and impact upon, education policy, but also our public out-reach activities such with the Big Bang science festival), in the work of our Research Board (liaising with HEFCE about the REF assessment of research quality, organising an event on ‘replicability’ with the Royal Society and publication of a range of research reports) and the Membership and Standards Board (discussing issues as diverse as our relationship with the statutory regulator, HEFCE, and our quality control on the use of psychometric testing), but also in some of my other meetings – with film-makers, theatre directors and colleagues from other charities.
All of this can be seen to have culminated in the fantastic announcement by Lisa Cameron MP, at our celebration on the terrace of the House of Commons, that we will soon have an All Party Parliamentary ‘Psychology’ Group. I believe that – if we step up to the mark – this will offer us a valuable new opportunity to point out the value that psychology ‘pure and applied’ brings to policy-makers and civic society.
My hero, Albert Camus, wrote in his private notebook for May 1937: “Psychology is action, not thinking about oneself.” I think it’s pretty clear that we’re being active… and it’s worth taking half an hour out of a busy week to stand on the terrace of the House of Commons and raise a glass of prosecco in celebration.
Posted by Professor Peter Kinderman at 5:30:00 PM